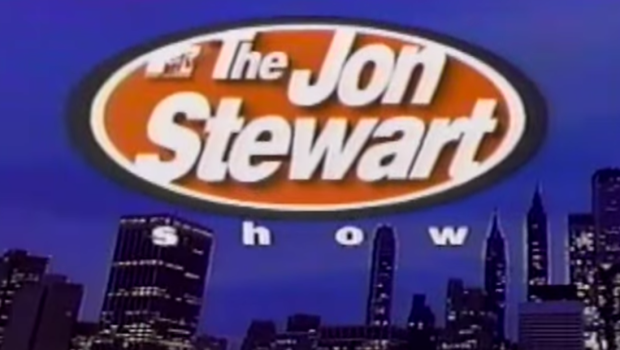 20 years ago tonight, the Jon Stewart Show went off the air.

Don’t remember it? You’re not alone. The Jon Stewart Show started out as a half-hour MTV talk show in 1993. In 1994, Paramount picked it up for syndication and expanded it to an hour. It spent that season floundering on local affiliates (often in the middle of the night) until finally being put out of its misery on June 23, 1995.

That’s not to say it wasn’t great, of course — and here are just a few reasons why.

The show’s audience was small, but it was the audience musicians wanted. Stewart had live music every single night, and bands even played a second song at the end of the show. Almost every quintessentially ‘90s band you can name did it. Lemonheads? Check. Elastica? Yup. Collective Soul? You betcha. The musical guest list reads like the Spotify playlist you didn’t know you needed.

“Blue cards. What does that mean, folks? Comedy.” Heavily inspired by NBC-era David Letterman, Stewart refused to pretend that his audience didn’t understand how television worked. He called bits “bits,” and tagged failed jokes with on-the-spot “would that have been funnier if…” rewrites. Even this elaborate sketch featuring “Jon’s grandfather” ended with Stewart dropping the charade to tell his audience how long it took to shoot.

Steve Higgins portrayed Dr. Jimmy, a puppeteer with PTSD “from ‘Nam” long before it crossed Bill Hader’s mind. Dennis McNicholas joined Higgins at Saturday Night Live. Dave Attell always showed up as the villain in the recurring “3-Minute Vacation” ’80s ski/beach movie parodies. A baby-faced Brian Posehn would later write for Mr. Show. Josh Lieb went on to work with Jon at the Daily Show, and now runs the Tonight Show. Brian Hartt headed up MadTV. Janine Ditullio and Chris Albers went on to write for Conan. You get the idea.

4) Jon Was Game for Anything.

He’s all about the suit and tie now, but 20 years ago Stewart seemed up for whatever ridiculous idea was thrown at him, whether it meant donning a bald cap as an elderly gossip columnist, doing a very committed impression of Bono, or playing a past-his-prime “gang” member in this bit: 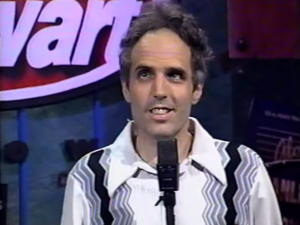 Letterman had Larry “Bud” Melman. Stewart had Howard, his announcer and sidekick. To call Howard Feller an oddball is an understatement. Perched on his stool near the guest entrance, Howard’s unruly grey hair and collection of ‘70s polyester shirts told us everything: this guy may or may not know where he is right now. Granted, it was always hard to tell how much of his dazed demeanour was an act. These days, Feller performs standup in New York, and can occasionally be seen playing homeless guys in movies.

With a wardrobe full of gas station attendant jackets (one of which he recently pulled out of his closet for his Rosewater junket, incidentally), Jon’s monologues teemed with Newt Gingrich and OJ Simpson references, he speculated with Claire Danes whether My So-Called Life would return, and an entire interview with Margaret Cho revolved around her recently being kicked off America Online for having the oh-so-vulgar username “Assy.” And to boot, the show’s official email address was talkshojon@aol.com (because custom domains and 11-character usernames were both rarities back in the day, kids).

The best gift you can give a self-deprecating comic after cancelling his show? Two more weeks on the air. The show’s demise was like a new toy to Jon, and those final 10 episodes felt more like a wake (or a roast) than a funeral. Jon gave away their office supplies to the studio audience and guests, found ways to use their newly-arrived summer interns (lots of photocopying of butts), took every opportunity to knock himself down a few pegs anytime a guest dared to offer their sympathies, and even gave viewers a preview of his next gig in showbiz: