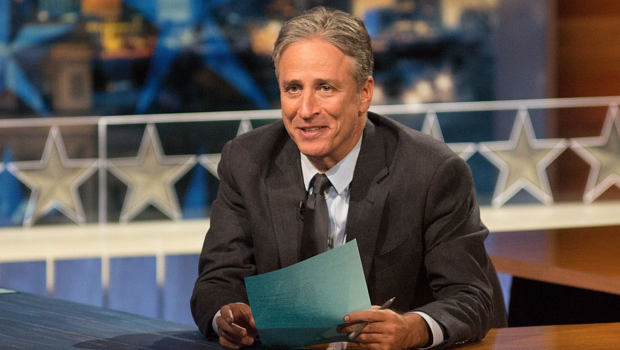 Tuesday night, Jon Stewart announced he’ll leave his role as host of The Daily Show later this year, a position he’s held since 1999. The franchise will continue (Stewart wasn’t the show’s first host, after all), and we all know what that means: cue the listicles!

Everyone and their dog is making a list of replacements, most of which read like an “anyone living or dead” fantasy dinner party list. (Is Jesus available? He’s with WME, right?)

But because there’s nothing better than a speculative pile-on, here’s a slightly more rational look at the options to fill Stewart’s shoes.

It’s not a question of whether he’d be right for the job — it’s whether he’d take it. Youssef is often called the “Egyptian Jon Stewart” for hosting his own satirical news show there, but he also has the same playfully sharp appeal as Stewart. He’s done great in the Daily Show guest chair, and killed it in his own segment just this past Monday night. The two fake newsmen deeply admire each other, and it’s hard to imagine Stewart being more honored to pass the baton to anyone else. But Youssef is a star in the Middle East. Would he want to uproot his family to New York to face a new audience that, for the most part, doesn’t know him?

She’s engaging, she’s relevant, and she tackles Daily Show-worthy topics in her standup. If you’re looking for sardonic star power, she’s it.

The comedian and SiriusXM host has paid his dues in other television hosting roles (remember him on the TVGuide Channel?), and has been holding his own in the political commentary arena since the days of Politically Incorrect. The choice wouldn’t quell the accusations that the Daily Show is a mouthpiece for the left, but at the same time we all kinda love hearing Fox News anchors bellyache, don’t we?

Jones filled in for Stewart one night last fall, and did as good a job (with Bee at his side for part of it) as any previous correspondent substitute. Bee is the veteran correspondent of the two, by a hair. And as a married couple, one has to imagine the possibilities of a tag-team hosting duo. The argument is the same for either or both: they have seniority and the recognition factor among viewers. But have they been invested enough in the show’s day-to-day operations to take on the showrunner role as well? Their comfort in being correspondents could be a reason why John Oliver and Larry Wilmore have come and gone during their tenure.

Fans petitioned for him to get the Weekend Update chair when Seth Meyers left Saturday Night Live, and while that didn’t work out, it was easy to picture him behind a fake news anchor desk. The Daily Show needs a sharp writer, and Mulaney is certainly that, despite not being known as a political guy. Besides, it’s very likely that by the end of this season of Mulaney, he’ll be a free agent.

As his podcast title states, he may very well be the Smartest Man in the World. (If anything, he could be too intellectual for the gig.) He’s never at a loss for words when ranting about current events, we already know he looks good in a suit, and audiences already know him from his decades of standup and his run as a regular on Whose Line Is It Anyway? A dark horse for sure, but a name worth pondering.

Not since John Oliver had a new Daily Show correspondent found their legs – and a following – so quickly. She has the point of view and likeability to sit in the host chair on-air, so there’s a reason why she’s popping up on lists like these. But despite her performing chops, she’s still a kid at 25, and may not be ready to fill the showrunner role.

This was a list of seven reasonable choices, people. I just didn’t want to be left out of the make-an-absurd-suggestion trend.