What really happened in the studio, and what didn't make it to air.

Tuesday night's Kennedy Center Honors broadcast seemed to have it all, but one thing was notably absent: host Stephen Colbert's joke at the expense of President Barack Obama

When the Colbert Report held an impromptu garage sale, I was determined to buy something -- even though I live in an entirely different country.

"Stop hurting America." It's hard to believe a full decade has passed since Daily Show host Jon Stewart made that infamous plea to Crossfire hosts Tucker Carlson and Paul Begala 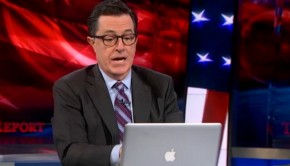 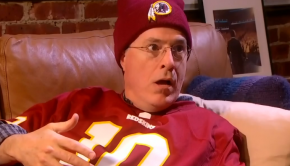