Bridesmaids director Paul Feig on casting, test screenings, and when vomit is more than just vomit

We’re on the homeward stretch, folks! Here’s what Paul Feig had to say during his “Master Class” at the Just

Scenes from The Green Room taping, including the removal of Tony Clifton

Rarely has a lineup actually snaked – around corners, no less – for a Just For Laughs daytime event. But 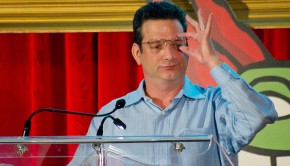