Tuesday night's Kennedy Center Honors broadcast seemed to have it all, but one thing was notably absent: host Stephen Colbert's joke at the expense of President Barack Obama

On the Writers’ Bloc

Third Beat readers tend to have – or be interested in – comedy writer minds. Some of the most popular

How to watch Viacom programming online during DirecTV dispute 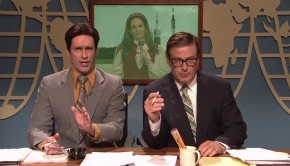 30 Rock aired their second-ever fully-live episode on Thursday night, with the help of a slew of guest stars including 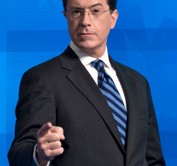 The Colbert Report has temporarily suspended production for at least two nights due to "unforeseen circumstances."

Tonight marked the end of Corner Gas, one of the most successful comedies in Canada's history. And if you needed a reminder as to why it defies the odds of sitcom success in our country, the final script provided it in spades