Robin Williams and the Joyful Subplot

In gaining insight into the darkness of Robin Williams, we shouldn’t explain away the light 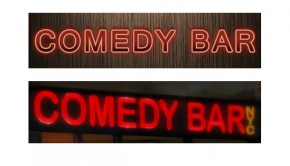 Stop me if you’ve heard this one before: a comedy club opens in a major city, with a mandate to

Defending the Indefensible: Heckling as an Artform

From the “how can this possibly be okay” files… If you frequent Reddit, you become accustomed to your faith in

Must cute blonde journalists act uninformed to get attention?

Eddie Brill Does Not Hate Women

When the New York Times published its profile of Eddie Brill yesterday, I learned about it on Brill’s Facebook page,