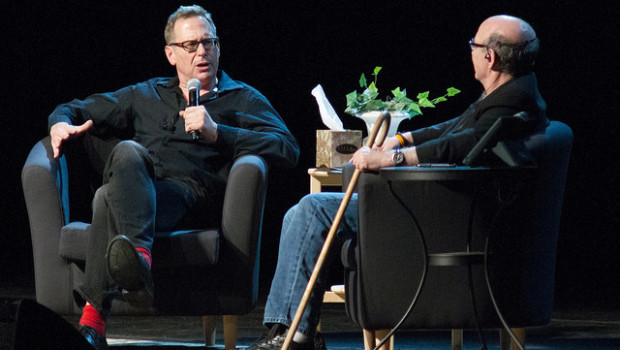 JFL42: The Best of the Rest

Click here for part 1 of this year’s JFL42 coverage. 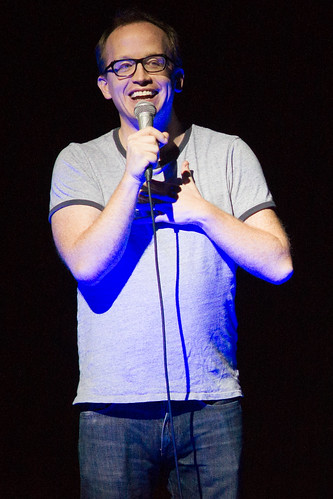 “Have you seen Gethard’s set?” was an inquiry swapped among many comics in the final days of JFL42. Chris Gethard has never shied away from talking about his depression and anxiety on stage, and it’s part of what’s earned The Chris Gethard Show its cult following. His new hour is on a whole other level: he opens with a story about a suicide attempt. The show is equal parts funny and emotional, not an easy balance to strike. But when you make two jaded comedy critics tear up, you know you’re doing something right. He apologized for “blue-balling” us on 2007, his darkest year. If he ever chose to tackle that in the future, I bet it would be amazing. (Maybe his therapist, Barb, can convince him?)

Gethard also appeared with Sean Cullen, Scott Thompson, Doug Benson, and Andy Kindler on Dr. Katz: Live, a format based on Jonathan Katz’s late-’90s animated series Dr. Katz: Professional Therapist. Each comic walked on stage (ie. into the “office”) and spent 10 minutes discussing their issues with their longtime therapist, Dr. Katz. With few exceptions, the premise and the fourth wall stayed intact, and the comics effortlessly slid their material in amid the improvised conversation. It felt remarkably like the original series, making you wonder why the show hasn’t been rebooted. It would be great as a webseries.

A big change this year was the switch of venue for Andy Kindler’s Alternative Show, from the always-packed 100-seat Comedy Bar, to the 400-seat Royal Theatre. It’s understandable to want more butts in more seats, but producers should also recognize that there’s value in having built a show with a hot reputation. It always felt like a bit of a reward for in-the-know pass holders, and having it in the same location as the de facto after-party created a fun energy. That vibe didn’t make the move to College St (and neither did any Sony Centre headliners). No sell-outs, either. Friday was the best-attended of the three I saw, and Saturday suffered the most due to competition from Nuit Blanche. The lineups were still stacked (Kyle Kinane, Aparna Nancherla, Fortune Feimster), but it was the Toronto-based comics who killed it. I’ll be repeating Tim Gilbert’s Yuk Yuk’s slams to other comics for months, Mark Forward got an enthusiastic standing ovation after what he swore was his final Canadian performance of “Fancy Hats,” and Scott Thompson was in a definite groove and had the strongest set I’ve seen from him. 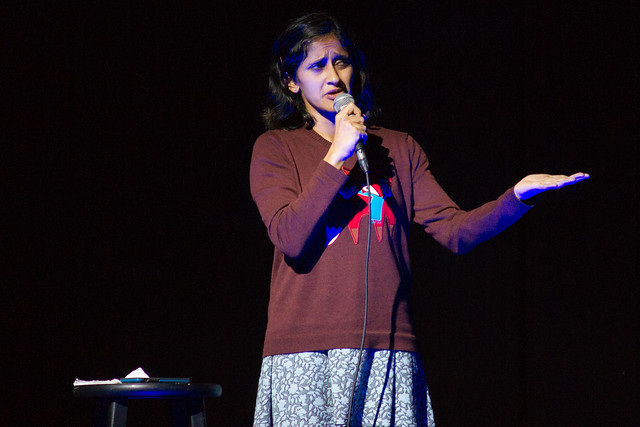 Craig Ferguson, like Nick Offerman last year, benefitted greatly from a Sony Centre audience that was just excited to see that guy they like from tv. He could have done anything – or nothing – and that crowd would’ve gone away happy. Don’t get me wrong: Ferguson’s set was enjoyable with some inspired moments, and he has charm for days. But for a guy with a life as rich and interesting as his has been, it’s a bit of a tease when he mentions his alcoholism only as a setup to a cheap Bill Cosby joke, or spends time continually calling back to his proposal that we make the term “Donald Trump” synonymous with “shit” (strange-but-true line from my notes: “derivative of Santorum”). Only when he told the origin story of his Late Late Show’s “Magic Week,” involving a stolen limo and certain favours done for a Nevada judge, I felt I could have listened to him talk all night. The inward focus suits him, even when it’s a purely silly story, and there has to be more where that came from.

Patton Oswalt rolled out of bed, showed up on stage at the Sony Centre, effortlessly killed, and presumably went right back to sleep. (I could just end my review there.) When you’re him, you can do that: be up late at a Duran Duran concert in Hollywood the night before, fly to Toronto hung over, have a “disco nap” at the hotel because you’re 46 and you need it, and then just destroy without even blinking. He started with a road story about a nightmare gig in Roanoke, VA, ended with his bad birthday clown story, and in between covered political correctness, retro car dealership jingles, and getting roped into his daughter’s My Little Pony obsession. All gold, natch. He could probably do this in his sleep.

That’s it for the 4th edition of JFL42 – and the last for Third Beat! More on that to come.