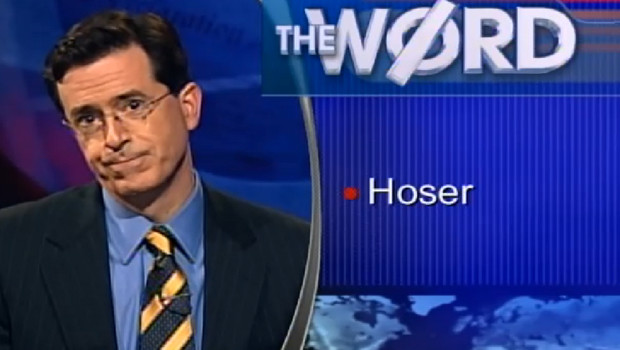 Effective immediately, The Colbert Report (which ends its run Dec. 17), will no longer have its first airing on the Comedy Network in Canada. Parent company Bell Media has annexed those to the channel M3. (Bell previously yanked Colbert’s 11:30 airings from its CTV network of stations just over a year ago.) The show will then repeat on the Comedy Network at 12:30.

What is M3? It’s the station that was once called MuchMoreMusic, which those of us born in the ‘70s used to watch in the ’00s. Clearly, they’ve come a long way from Vonda Shepard

M3 announced the change via this handy listicle, utilizing the few Colbert videos Comedy Central has on Youtube. Of course, that’s what M3 is limited to, since videos housed on Comedy Central properties are blocked in Canada, and the Comedy Network could never be bothered to keep an archive that extends beyond the last few weeks. (This is why VPNs exist, people. Look into it.)

The Colbert Report began airing in Canada on the Comedy Network on Nov 7, 2005, in light of its successful US premiere just three weeks earlier. Colbert is ending his show at the end of this year to take over CBS’s Late Show from David Letterman in 2015.

Are you a mega Colbert fan? Bears & Balls: The Colbert Report A-Z, an unofficial fan guide to the show, is coming out in November. It just happens to be co-written by Third Beat’s fearless leader, Sharilyn Johnson. More information about the book is available at www.colbertfanguide.com. 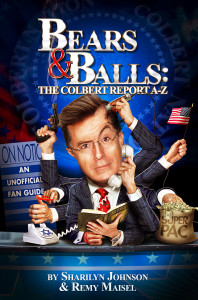