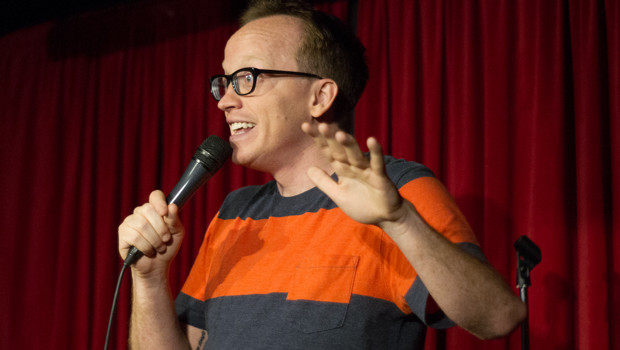 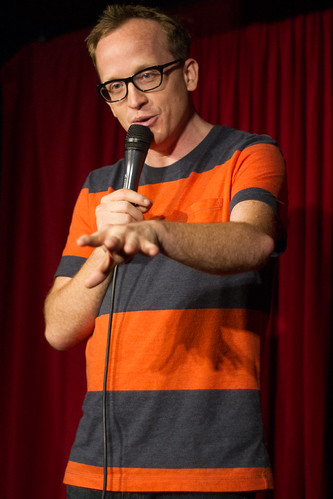 Name a show configuration, and Chris Gethard was slated to play it at Comedy Bar this weekend. Standup in both the main theatre and the cabaret space, improv with Mantown, sketch with Sunday Night Live… and he even dragged out the Wheel of Improv, Bad Dog’s Tuesday night mainstay, to faux-dictate his Saturday standup set.

While known by comedy nerds largely as an improviser, Gethard’s foray into standup isn’t a stark departure from the storytelling he’s honed concurrently. Much like his solo show, Magical Box of Stories, which he performed at UCB and at Just For Laughs circa 2008-2009, his standup is a compartmentalized series of true stories from his life. This weekend’s favoured tales included a journey to Gatorland, a showdown between a schoolbus full of classmates and one scorned adult, and a regrettable (or maybe not so regrettable?) MDMA binge at Bonarroo.

Dedicated fans of the Chris Gethard Show – and let’s face it, all Chris Gethard Show fans are dedicated fans – were well-represented at the shows and lined up with gifts for Gethard afterwards. One notable trend: Etobicoke-based fans explaining to New Jersey-raised Gethard that their suburb is, in fact, the West Orange of Toronto. No arguments here.

Gethard shares a standup bill tonight with Big Jay Oakerson and Carmen Lynch at 7 p.m., followed by Sunday Night Live at 9 p.m. Tickets for both are available at the Comedy Bar box office.

Below: Gethard performs Friday night, solo and with the members of Mantown. Photos copyright Sharilyn Johnson. 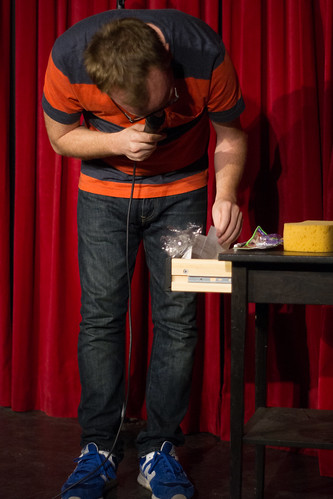 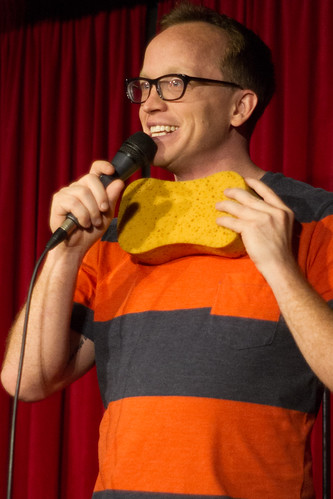 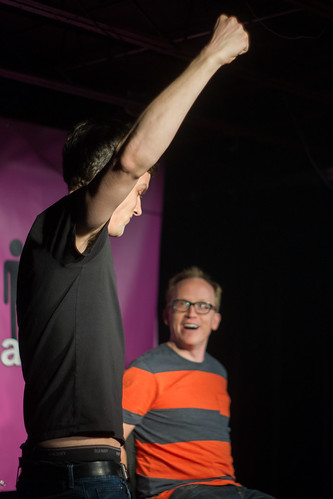 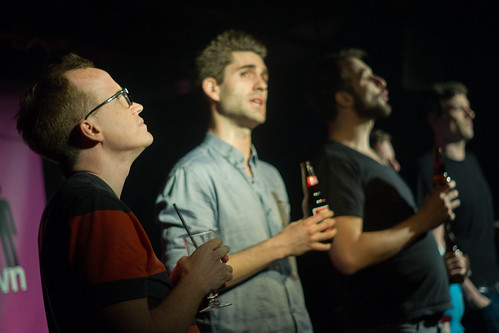 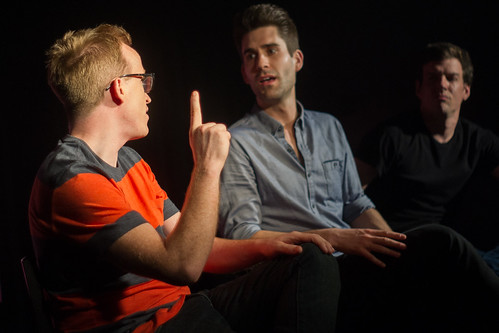 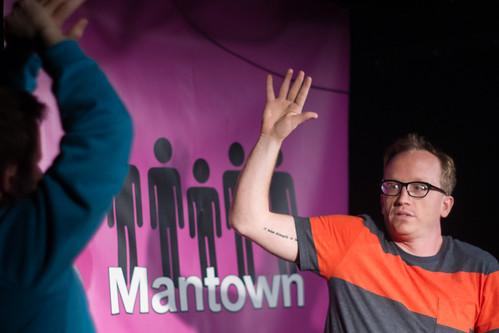 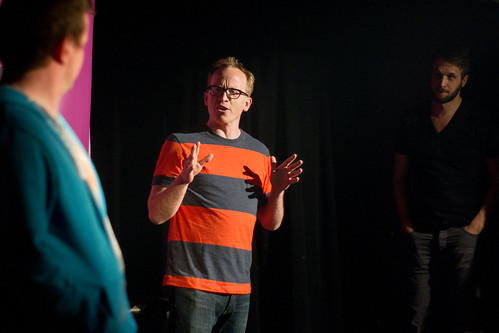 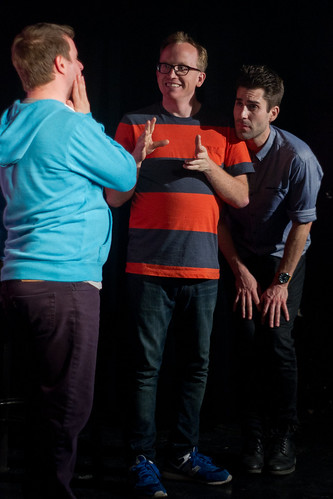 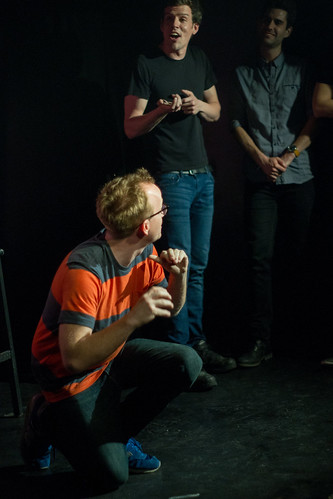