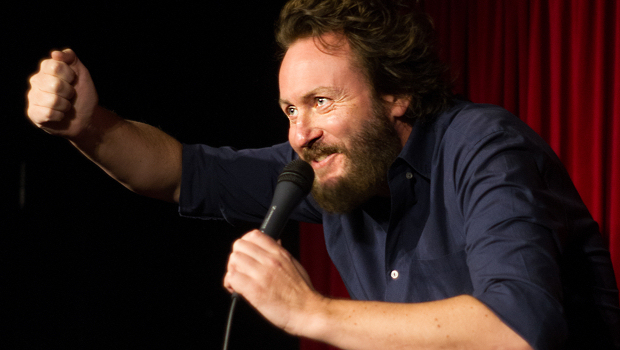 Walsh delivered a laid-back set Saturday night in Comedy Bar’s intimate cabaret space, sharing twisted birthday cake slogans, thoughts on the fleshlight (including a Flaming Lips reference to end all Flaming Lips references), and letters he wrote as a faux-cheerleader of big brands. He made a valiant effort to recall his back catalogue when an audience member requested old bits, and happily accepted a “special” cookie in return.

The Dark Comedy Festival continues through Nov. 9 at various venues, with the highlight likely to be Thursday’s roast of the Iron Sheik featuring Gilbert Gottfried. (Yes, you read that correctly.) Tickets are available through the festival website.