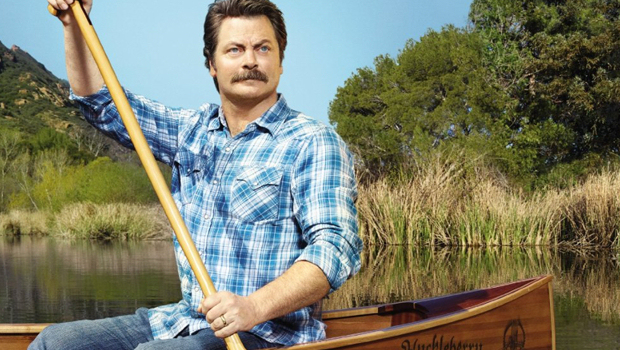 Now that your tears have dried after hearing the news of Parks and Recreation going on hiatus, here’s something to perk up fans in Toronto and Vancouver: Nick Offerman will venture north next weekend to promote his new book, Paddle Your Own Canoe.

Despite saying on a recent Nerdist podcast episode that filming would keep him from doing many signings, he’ll be doing exactly that at Chapters locations in Toronto Nov. 2 and Vancouver Nov. 3.

As is the norm with high-profile Chapters signings, the list of event rules is lengthy. Keep your Parks & Rec DVDs and your lathes at home, because he’ll only sign the book (and only if it was purchased at Chapters). No posed photos, either, so you’ll have to rely on Photoshop for any side-by-side comparisons of your Movember head start.

Full information is available on the Chapters website (events listed by date).