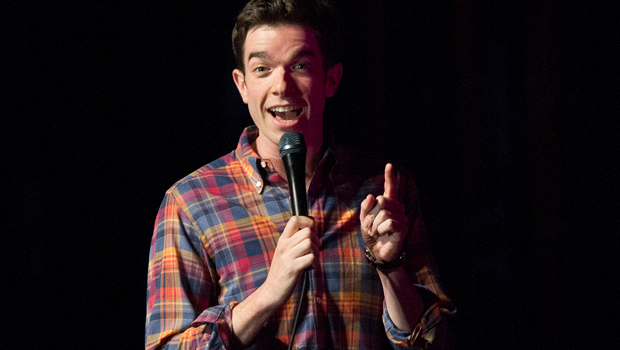 For John Mulaney, that hypothetical email will only ever exist in joke form (context: that’s the method he’d use to sell herbal erectile dysfunction drugs via email, which a friend accused him of after being hacked).

In reality, there may be no better writer in standup right now than Mulaney.

The Saturday Night Live writer performed his first of two JFL42 shows at the Queen Elizabeth Theatre Wednesday night. It was only his second time in Toronto, the first being a 2009 spot in the previous Toronto incarnation of Just For Laughs. The tightness of Mulaney’s writing sneaks up on you, because he keeps his performance so conversational. His tone and rhythm (and many of his topic choices) aren’t unique. But within the first few jokes, you realize every sentence is crafted to be fat-free.

The bulk of his set related to growing up, with parents who were “the police.” He described how he’d fake his way through an oral presentation if he had the benefit of life experience, imagined the studio pitch for Back to the Future (disturbing yet accurate), and talked about his parents’ disappointment of him not being able to marry his Jewish fiance in a Catholic church. Bits about the childhood devastation of Donahue coming on television after Duck Tales, and his father’s cruel trick on his car full of kids at a McDonald’s drive-thru, both returned as unpredictable callbacks.

His closer, about his parents’ history with – and opposing views of – Bill Clinton, is a instant classic. It would be great to see more of these lengthy storytelling-style pieces from him.

Clean-cut and just plain nice, Mulaney comes across like your best friend’s reliable brother, and keeps it clean unless the bit demands otherwise. He could have Brian Regan’s career if he wanted it, though television stardom seems inevitable.

If one must have a reason to hate him, it would be because he’s gotten this all figured out by the age of 31.

Photos copyright Sharilyn Johnson. May not be used without permission.