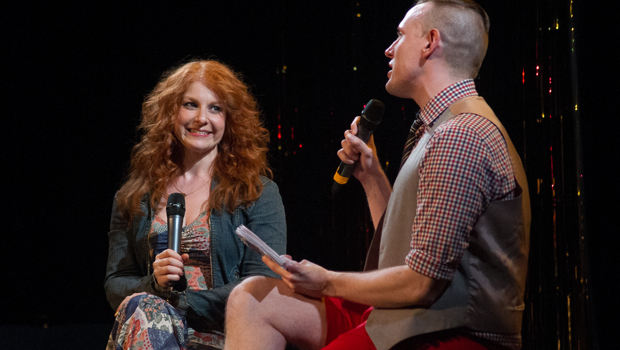 Producer and host Andrew Johnston presided over the the all-lady affair, starting off with a recap some of the highlights from the last five years. He also got the ball rolling on what would be a night full of Rob Ford references, saying that he imagines Rob Ford’s inner circle to look like the opening credits of Roseanne. A very pregnant Dini Dimakos – who Johnston implied will take a lengthy performing hiatus – dedicated her set to pending parenthood, and made clear what kind of mom she’ll be: “When my kid comes home from school, I’m going to ask them how their year was. In England.”

Emma Hunter’s set came off like an aced SNL audition: impression after impression, as accurate as they were sharply-written. Adele, Khloe Kardashian, Paula Deen and even Suri Cruise made appearances.

Sara Hennessey transported the crowd back to the special horror that is summer camp, recounting in great detail the torment of attempting to silently weep in your bunk under the cover of night – and failing. Been there. Repressed that. ‘Til now. (I’ll have my therapist bill you directly, Sara.)

Julie Klausner took to the stage singing How Lovely to Be a Woman from Bye Bye Birdie, while projected on the screens beside her were depressing statistics about women’s rights. She was then joined on stage for a q&a with Johnston for a rapid-fire journey through her most loved How Was Your Week guests and her most despised celebs. A sample? Loved: Amy Poehler (“everything you think is true about Amy is even more so”), David Sedaris (she’s “still in denial” that he listens to her show), and the late David Rakoff (“I thought of David when I got off the plane here…. I wish he could have shown me around here”). Among the enemies of the podcast: Jenny McCarthy, for her anti-vaccine campaign (“it’s like if Carmen Electra was responsible for Columbine”); and Pauley Perette, for taking a goofy red carpet interview way too seriously (“if anything every happens to me, it’s on a hard drive marked PP”). 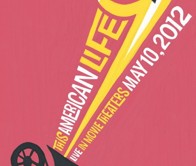