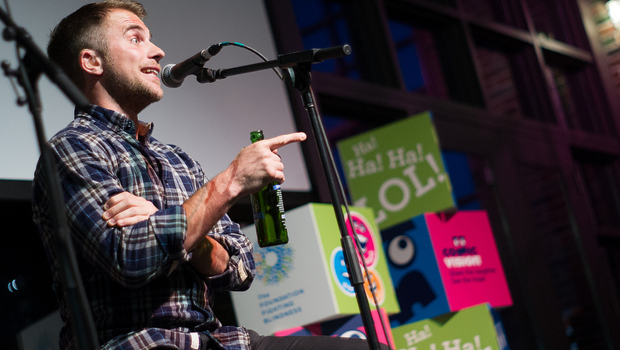 A fundraising event where the comedy is the selling point and not just a timefiller? What a concept! Other charities might want to take a cue from Comic Vision Last Call, which took place at the Steam Whistle Brewery last Thursday night. It’s an annual fundraiser for Foundation Fighting Blindness (FFB), and part of a cross-Canada tour of similar shindigs that collectively raised close to a million dollars this year. FFB’s mandate is to seek treatment and cures for genetic forms of blindness.

On hand for the Toronto show were comics (from top) D.J. Demers, Geoff MacKay, and Jen Grant.