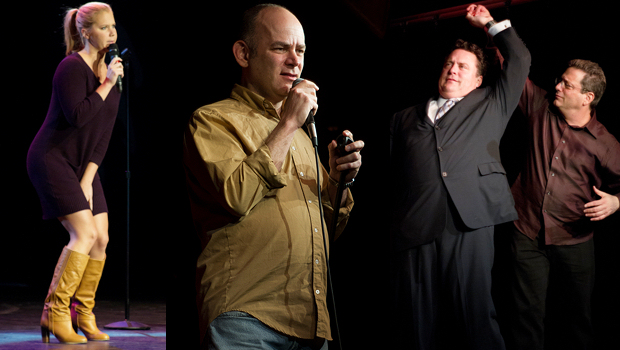 The Toronto edition of Just For Laughs is in permanent “on again” mode. The festival has announced dates for the second go-round of JFL42, happening Sept. 19-28, 2013.

This time, the festival encompasses two full weekends (last year’s inaugural edition ended on a Friday). No word on acts yet, but the festival is actively soliciting audience feedback through social media.

Above images from JFL42 of Amy Schumer, Todd Barry, Sean Cullen, and Andy Kindler. Copyright Sharilyn Johnson, may not be reproduced without permission.