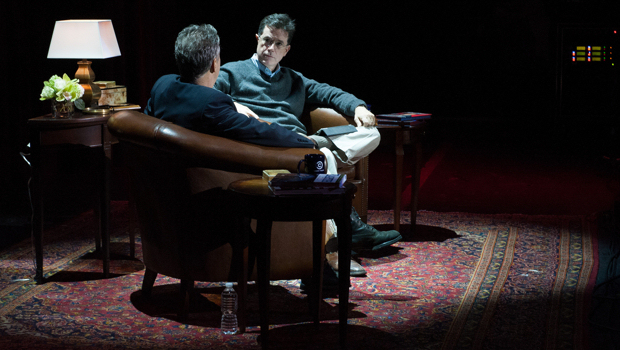 While the two have discussed their work onstage together before, this was their first lengthy public one-on-one. And despite their 14-year professional relationship, each brought forth stories that surprised both each other and the sold-out audience.

It’s widely known that Stewart executed a shift in the Daily Show’s voice when he took over from Craig Kilborn in 1999, changing from a local news magazine format to the issue-driven satire it is today. But that change almost didn’t happen, and Stewart nearly backed out of the gig altogether.

“What I did not realize is, a lot of the people who worked there were assholes,” Stewart recalled. 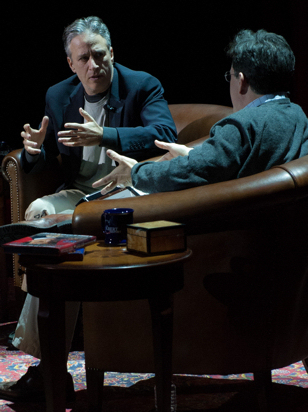 “I had, before taking [the job], some conversations with the powers that be there about the direction I thought we could move the show…. I wanted it to be satirical in the classic sense of the word, not the Spy magazine sense of the word where you just add adjectives like ‘pepperpot’,” he said.

When he met with the writing staff the month prior to taking over the show, he says he “got the impression that that had been discussed,” and he was met with strong resistance.

“I walk in the door, into a room with the writers and producers, and the first thing they say is ‘this isn’t some MTV bullshit’…. And then I was told not to change the jokes or improvise,” he said.

He immediately phoned his agent, James Dixon, telling him to “get me the fuck out of this. These people are insane.”

“How close were you to saying that was it, you weren’t going to do it anymore?,” Colbert asked.

“I had to be talked down from a moderately high cliff,” Stewart said.

According to Stewart, it took about two and a half years for the “natural winnowing process” to leave him with a fully supportive staff.

(formerly Cat Stevens) in the Rally to Restore Sanity festivities in 2010. The bit featured Stewart, Colbert, Yusuf, Ozzy Osborne, and The O’Jays engaging in a battle of train-themed songs.

In 1989, Yusuf publicly condoned the fatwa against Rushdie after the publication of his book The Satanic Verses

. After the Rally, Rushdie told Standpoint Magazine that “I spoke to Jon Stewart about Yusuf Islam’s appearance. He said he was sorry it upset me, but really, it was plain that he was fine with it. Depressing.”

On Friday night, Stewart relayed the exchange from his perspective. He said he did receive a phone call from Rushdie after the Rally, expressing his disappointment that they used a performer “who wanted to kill me.”

Stewart said that he didn’t know about Yusuf’s comments at the time.

“So I’m like, I’m sure he doesn’t believe that people should be put to death for apostasy,” Stewart recalled. “I said, ‘look, I’m sorry you’re upset, but I’m sure the guy isn’t really like that. Let me talk to him.”

Stewart called Yusuf, who characterized backing the fatwa as a “misunderstanding”, but immediately tempered that with “although why do you have to insult the Prophet?”

Colbert added that at the time, Yusuf was scheduled to be a guest on upcoming episodes of both the Daily Show and the Colbert Report. Those appearances didn’t happen.

The ultimate fan guide to the Colbert Report, now available from amazon.com 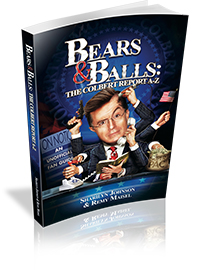