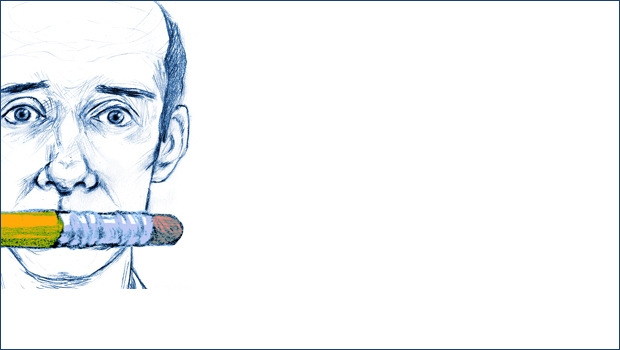 On the Writers’ Bloc

Third Beat readers tend to have – or be interested in – comedy writer minds. Some of the most popular posts ’round these parts are recaps of writer panels held at the Paley Center (like the Conan writers in 2008 and the Fallon writers in 2009) and coverage of seminars at the JFL Comedy Conference.

So it’s a no-brainer to hip you guys to a new podcast from Daily Show writer J.R. Havlan, the Writers’ Bloc, dedicated to television writing.

Two episodes are live: a preview featuring fellow Daily Show writer Elliott Kalan, and the official first episode with Daily Show co-creator Lizz Winstead. The Winstead episode is worth the listen just for the mushrooms story, however the Kalan episode features significantly less dog vomit, so weigh that info when making your first selection. Definitely looking forward to hearing guests from outside the world of fake news, though an Oscar-writing themed episode with a few more of those guys would be very welcomed.

Basically: If you hate the idea of adding yet another podcast to your already-too-long iTunes subscription list, this is the podcast to resent.

[Ed. note: I’m completely okay with the fact that I competed against 130 people to get into J.R.’s Writing for the Daily Show class in 2008, and spent thousands of dollars moving to New York for 6 weeks so I could take it, only to have him dispense his wisdom for free five years later via a podcast that’s pretty great and that every aspiring writer on Earth will listen to. Yup, everything is cool…]