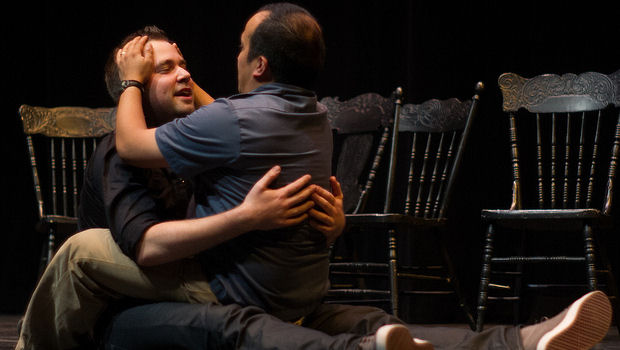 This past week, the Toronto Improv Festival has been enjoying its 11th year of high-end yes-anding. The second of two improv festivals in the city this month (as we said before, it’s a long story) the TIF wraps up Saturday night at the Factory Theatre with a final shot at seeing the fantastic Len & Jen (Lennon Parham and Jennifer Caldwell) plus groups from Minneapolis, Philadelphia, and of course Toronto. Tickets are available through the Factory Theatre box office.

All photos copyright Sharilyn Johnson / Third Beat Magazine, and may not be used without permission.