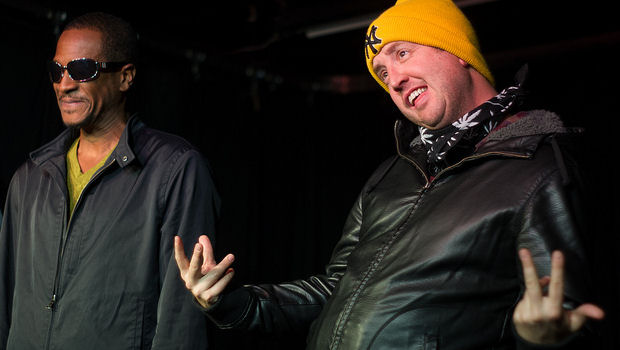 The Big City Improv Festival – the first of two improv festivals in Toronto this month (it’s a long story) – kicked off at Comedy Bar this weekend.

Playing two superhero “besties”, a couple of sizzle-before-steak lawyers, and a pair fraudulent Milli Vanilli-style R&B stars, Minor and Little were fully game to roll up their sleeves and embrace whatever ridiculousness the Sketchersons threw their way.

Lineups and ticket information at www.bigcityimprovfestival.com.