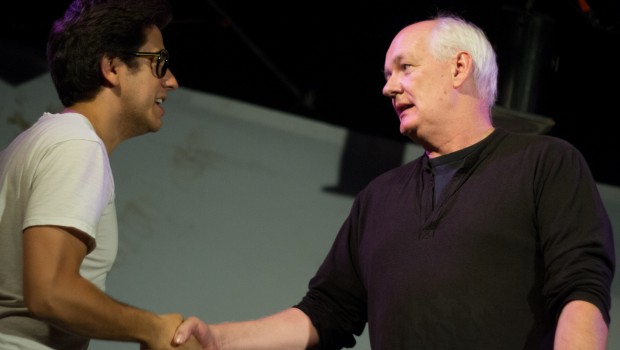 Primo is a monthy sketch/improv show featuring a impressive cast of Second City alumi and Toronto sketch mainstays, happening the third Thursday of each month at Supermarket in Kensington Market.

Last night’s guests were Colin Mochrie, who sat in on a few sketches and an improv set about crystal meth, peanut butter, and oranges (somehow, it worked); and standup Nikki Payne, paying Toronto a visit from her new rural digs on the east coast.

Highlight: Most of Primo’s cast participated in the ’80s-themed opening dance number of this year’s Canadian Comedy Awards, which they recreated for last night’s performance. So much spandex, so little time.