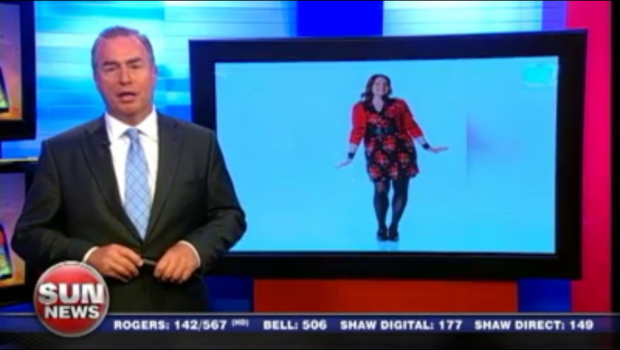 Typically, the most unpleasant item on a Labour Day to-do list is yard work. Not so for Lauren Ash.

The Toronto actress/comedian is spending her day fighting for her reputation after SunNews (the Canadian equivalent to Fox News) aired a piece associating her with a political protest and naming her their “Moron of the Morning”.

The topic at hand is a group of LGBT activists who intend a peaceful protest (in the form of a parade) at a barbecue hosted by much-maligned Toronto mayor Rob Ford. Ford has been noticeably absent at the city’s high-profile Pride events every June. 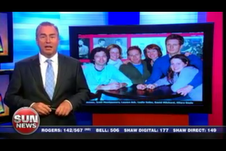 The SunNews commentary’s homophobic overtones (and undertones, and… you get the idea) are not surprisingly anti-protester. But what is surprising is the accompanying slideshow of photos featuring Ash onstage (seemingly on the Second City mainstage), a promo photo of her from Almost Heroes (a series in which she starred), and a group snapshot with friends and fellow performers.

It may be an easily fixable case of mistaken identity, except it seems Sun News doesn’t want to hear about it. On Twitter, Ash indicated that she and her friends have been trying to call Sun News to sort this out, and have been unceremoniously hung up on. The video remains on the SunTV website. (EDIT 1:45pm ET: the video has now been removed)

Coincidentally, a quick Google search highlights yet another Lauren Ash in Canada: and this one happens to be a lawyer. How poetic.

One Response to Lauren Ash is no Moron