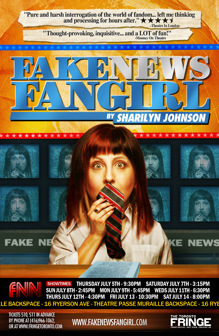 You may be wondering where all our posts have been recently. Or, you’ve been just as busy as this site’s editor and haven’t noticed.

On the off chance it’s been keeping you up at night, here’s what’s been happening: the one person behind this one-person operation has been working day and night on multiple projects, including the show Fake News Fangirl currently running at the Toronto Fringe Festival. 4 shows left / sold-out houses / be there or be square / etc.

Regular posting will resume next week, when we recap this weekend’s Jimmy Pardo shows in Toronto (tix still available for that), as well as our annual you-wrote-HOW-much? coverage of the Just For Laughs Festival in Montreal. It’s their 30th anniversary, and the lineup is mind-blowing.

Another treat to look forward to? A site redesign. Look forward to something lighter, faster, and slicker in the weeks to come.

Are we good? Great. Now go play outside or something. 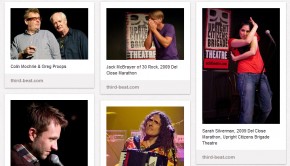