If you aren’t following Third Beat on Twitter, this is a fantastic – or terrible, depending on your perspective –

Eddie Brill Does Not Hate Women

When the New York Times published its profile of Eddie Brill yesterday, I learned about it on Brill’s Facebook page,

Your trusty editor (that’s me, Sharilyn Johnson, if you haven’t glanced at the sidebar recently) will be sitting on the

Does Patton Oswalt have a blinking neon sign over his head that says “intellectually rape me”? It feels like just 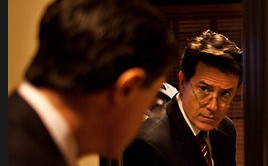 Do yourself one favor today: set aside 20 minutes and read this New York Times profile of Stephen Colbert, scheduled

Happy new year, everyone! New episodes are creeping back into late night this week. The hands-down don’t-miss appearance? Chris Gethard