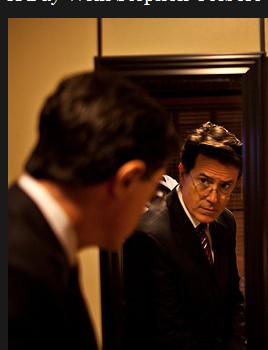 Do yourself one favor today: set aside 20 minutes and read this New York Times profile of Stephen Colbert, scheduled to run in the Jan. 8 edition of their Sunday Magazine. 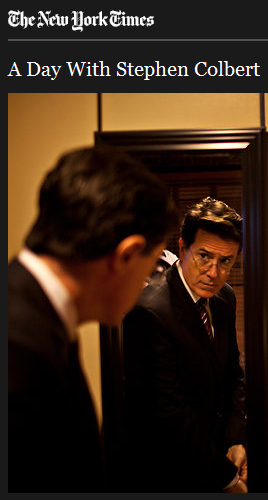 The thesis of the piece is that there’s a third “Stephen Colbert”. The Stephen Colbert who, as he often says, is the one thrown pond of the news so that he can report on his own ripples.

Granted, he recently said that the third version of Stephen Colbert is the one who does interviews as his real self, and has to meet the expectations of those who want to see the character. So the headline “How Many Stephen Colberts Are There?” is apt.

It’s the shades of grey that make both the man and the character increasingly fascinating, and this piece does a beautiful job of making sense of it in black and white.

Equally great is the accompanying set of 13 photos by Times staffer Todd Heisler, which may be the first to truly rival Charles Ommanney’s award-winning Newsweek photo essay from 2006.