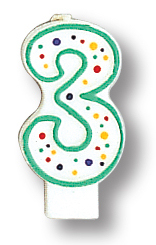 Good things come in threes! Or is that just celebrity deaths?

Regardless, this fall marks the third anniversary of Third-Beat.com, and the occasion will be marked with a big bash at Toronto’s Comedy Bar November 3rd!

Confirmed so far are the lovely Jo-Anna Downey, the famous Trevor Boris, and yours truly as host.

(Also, it will be the belated celebration of your dear editor’s 33rd birthday. A theme is indeed afoot.)