New York is the kind of city that builds “up”, and occasionally “overtop”. When you’re confined to an island, there aren’t many other choices. As such, Manhattan’s physical history never really disappears — it just gets burried, and occasionally re-discovered.

Earlier this week, Gothamist made one of those rare discoveries. A permanent newsstand at the top of the 4th St. Subway was removed, and revealed a circa-1932 subway sign for the 8th Avenue Independent Subway. That’s nice, but what does this have to do with comedy?

Exhibit A, the opening credits for Louie: 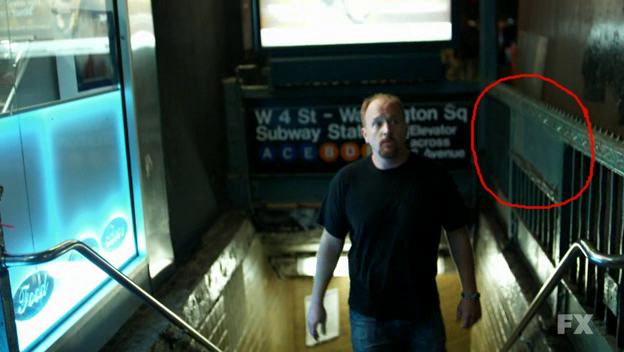 (If you’re a history/subway nerd, and have a few hundred hours to spare, head over to www.forgotten-ny.com).