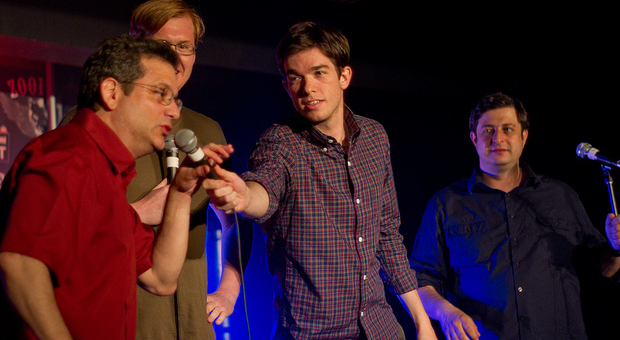 Mirman flew all the way back to NYC to do this same show in Brooklyn on Friday night, and he’ll be back in Montreal again tonight for one more JFL edition of Pretty Good Friends. You know he’ll make it worth his own while, so check that out at 10pm at Underworld.

If you can’t be there in person? Perhaps the below gallery is the next best thing.