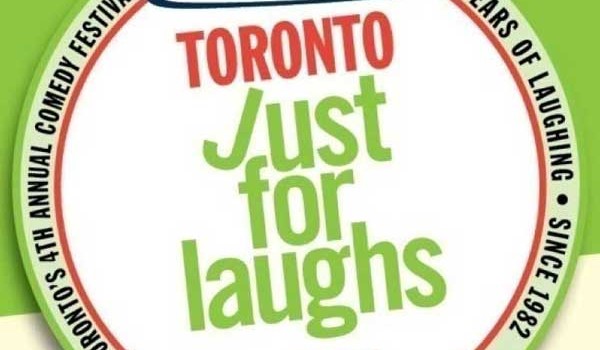 Funny as a Doornail: Just for Laughs Toronto Dead?

A redesign of the Just For Laughs website a few weeks back meant that when I checked up on the page for the Toronto edition, I was redirected to the front page. This shiny new site has tabs for the Montreal festival, the Chicago festival, and… no Toronto.

Engage Google-fu. None of the artists enlisted for the Montreal fest (there’s always crossover) have Toronto dates on their sites. Massey Hall already has a booking during the week they’d likely use it. The Pantages Hotel has a ton of availability.

This is not good.

After emailing the publicity contact last week to get the scoop, I figured the lack of response was the answer in itself, and that it would be easy to confirm by other means.

There will be no Toronto Just For Laughs Festival this year.

Is it dead forever? Will it come back? Maybe, and maybe. (First step: it would be nice if they officially acknowledge that it isn’t happening this year, instead of pretending it doesn’t exist.)

It’s not as if they’re pulling out of Toronto completely. JFL-produced tour stops have been creeping up in frequency, so artists like Tommy Tiernan and Joe Rogan are making their way to the city.

But JFL Toronto will be missed this year. I said this in my reviews, but last year’s edition was almost better than this city deserved. They seriously stepped it up, bringing in artists and building lineups that rivaled even the best years of the Montreal edition.

From what I’m told, a few different financial factors came into play, one of which is government funding (or current lack thereof). Plus, I can see how they’d take a hit last year, as a lot of seats remained empty despite the strength of the programming.

I think it was impossible to compete against the Toronto Fringe, with its $10 ticket prices, and to produce this thing hot on the heels of both Pride and the Toronto Jazz Festival, both of which offer free entertainment. Comedy is all about timing, I suppose.

But on to good news!

Programming for the Montreal edition is being revealed at a nice pace: Russell Peters, Eric Stonestreet, John Oliver, Craig Ferguson as gala hosts; plus Colin Quinn, Louis CK, Chris Hardwick, Eddie Izzard, and a whole load of others filling the schedule.

(If my memory serves me, it’s been years since they’ve enlisted a gala host who doesn’t have any standup experience. But with a good team of writers, and Stonestreet’s likeability, it should be smooth sailing.)

Incidentally, Ferguson will be heading to Montreal after his gig at Toronto’s Massey Hall on the Friday, so don’t expect him to catch him trying out his stuff on one of the smaller stages the night before.

Speaking of those gala host sneak attacks: Bubbling with Laughter will now be billed as Talk of the Fest. Why? (No, really, I’m asking why.) I hold only my JFL nostalgia pretty tightly, perhaps because of how awestruck I was by my first experience 7 years ago. So I’ve made an executive decision to still call it Bubbling. (In fairness, I’m also one of those jerks who won’t stop calling Toronto’s stadium the “Skydome”).

That swanky new website I mentioned earlier is a wonder to behold. It’s leaps and bounds more user-friendly than the old one, and my only minor complaints were actually fixed just hours after I spotted them. So it has mind-reading capabilities, for one.

A notable addition is the daily blog written by intern Paul Telner. As the festival approaches, I’m sure it will become heavier on the insider info and a little lighter on the personality (the whole “gosh, I hope I don’t get fired!” schtick is a bit too wink-wink nudge-nudge for my tastes). Either way, it’s nice to see it being run by someone who knows comedy, and knows the festival’s history. He had me at “Delta”.

But the best part?

Every year, I’ve had to make an intricate spreadsheet of my plans for the entire festival. Hitting 3-4 shows a night ain’t easy. Everything would be blocked out down to the minute, complete with location info and lineups.

But no more. The new site features a “my calendar” option, allowing you to build your own schedule right on the site, and tie it into your Facebook events page. It’s a beautiful thing. Suck it, Excel!

That said, I’m not sure I’ll get to actually USE this feature. After being forced to skip last year’s festival for scheduling issues, I regret that I have the same issue this year. Depending on a few factors on the Festival’s end, I may very well opt for JFL this time around. (Hmm, I wonder if their web guy can whip up a “change the date of your cousin’s wedding” widget.)