Doug Benson was able to squeeze in a one-night visit to Toronto on Sunday, after taking in Saturday’s UFC event, and became the second Comedy Bar headliner in a month to take the stage totally baked. (Hey, whatever works.)

The packed house for the early show was littered with nametag-donning Benson fans, eager to play the Leonard Maltin Game from the (yell it with me, now) DOUG LOVES MOVIES podcast. Special guest Sean Cullen returned to the stage, mopping the floor with the chosen audience members (Star Trek IV: The Voyage Home? Really?).

Arguable highlight: Doug leading the audience in a brief Tom Jones sing-along. Add that to the list of things I never thought I’d experience in life.

(I’m told that at the late show, Cullen broke the news of Osama bin Laden’s death, which Benson was hesitant to believe.) 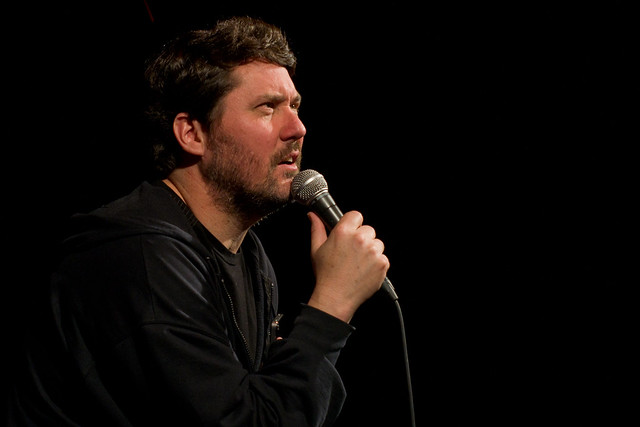 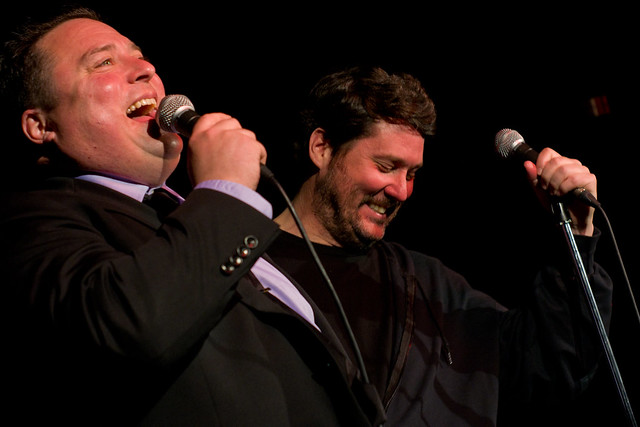 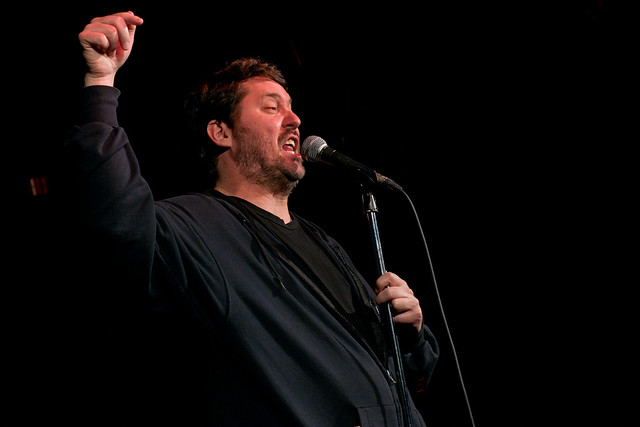