There seems to be venues closing their doors in a lot of major cities (arrivederci, Comix). The nice difference about the mostly-improv Bad Dog Theatre in Toronto is that the shutdown is temporary. A new space will be (hopefully) up and running in the fall.

But a proper farewell was given to the old space on the Danforth last weekend, with a celebratory flair. Packed houses, plenty of fake champagne, and an ever-growing hole in the stage right drywall (a large piece of which now sits proudly on my mantle) courtesy of a few stiff kicks from improvisors. 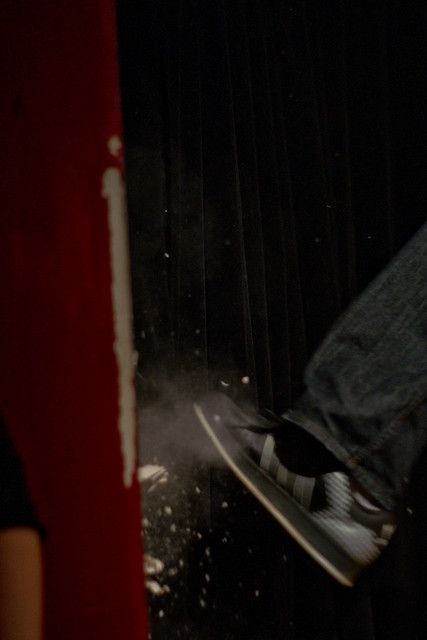 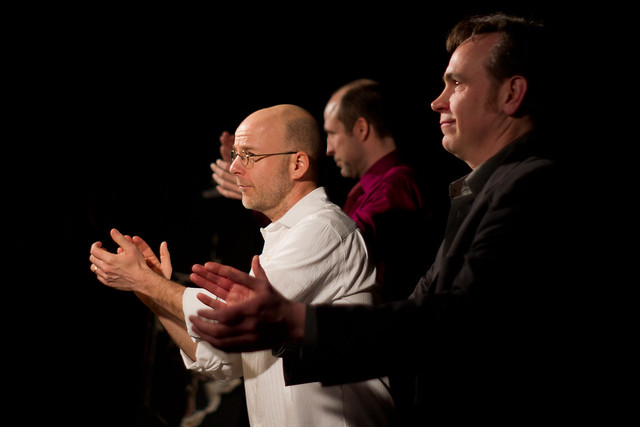 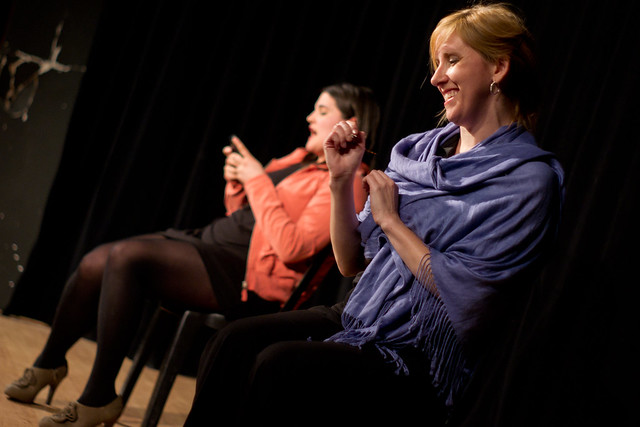 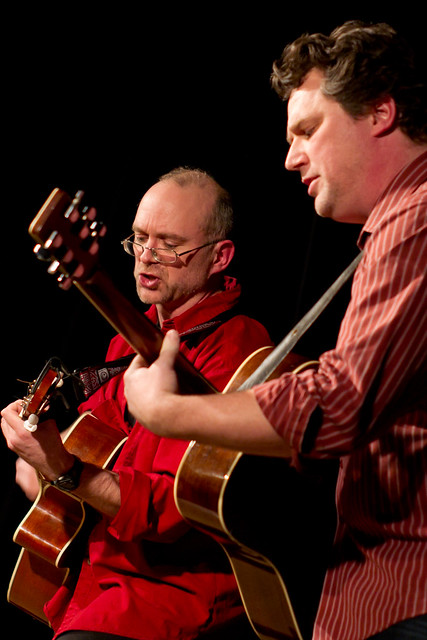 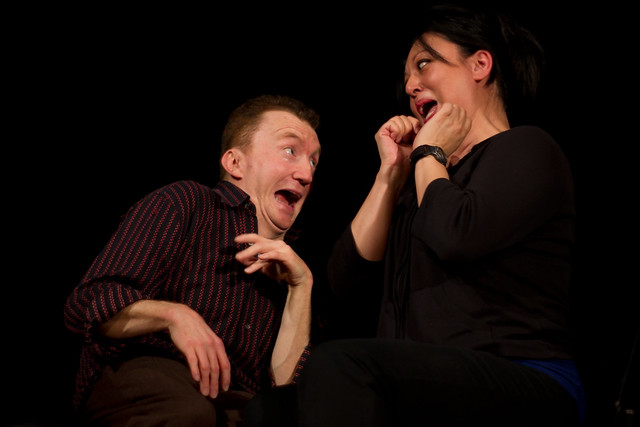 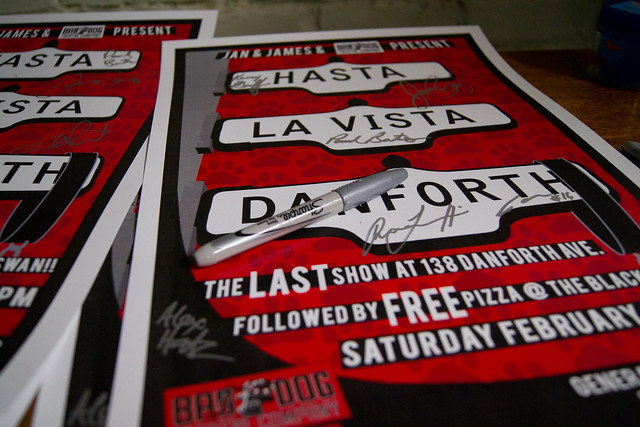 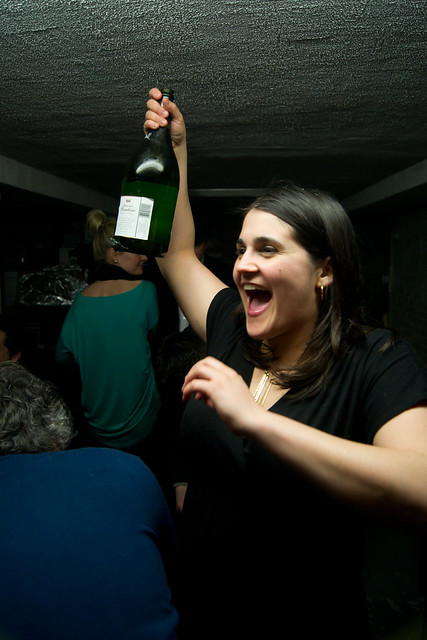 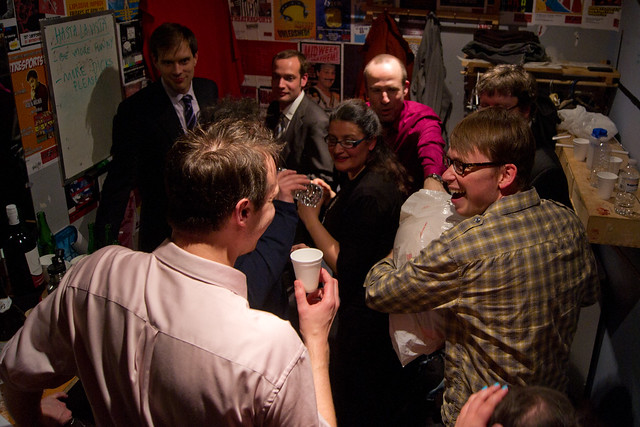 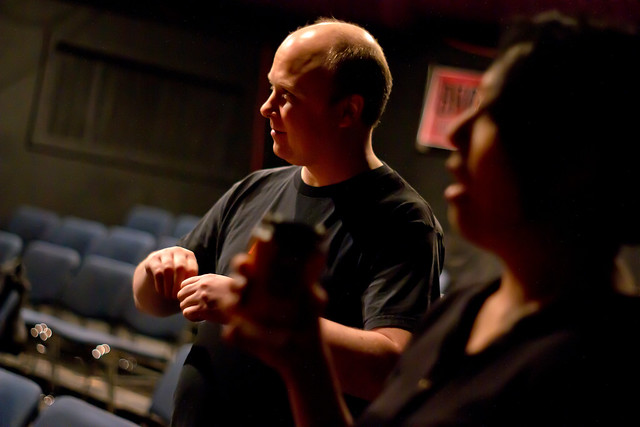