The nerds over on AST just blew their collective load, I’m sure. For good reason: the site has exclusively posted 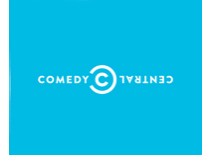 Comedy Central has unveiled a long-overdue re-branding, going into effect in the new year. Gone is the cartoonish globe-and-skyscrapers logo,

Every show is fresh this week! Appreciate the new episodes while we have ’em, folks. Not long before we’re stuck

In case you don’t have any Canadian comedians or comedy fans on your Facebook or Twitter, the big news of

When I moved to Toronto in late 2007, the first thing I did after dropping my bags at my Craigslist