NBC, known for making spectacular primetime comedy decisions this season, is rumored to be bringing back the standup comedy reality

Merry Christmas! Taking a break halfway through unwrapping gifts to bring you this little gem: Weird Al singing “The Night 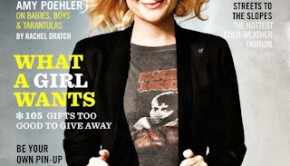 You have approximately 1 day to hit the stores before Christmas, yet you’re reading this blog. You’re in trouble, my

Since we’re heading into the final day of Chanukah, and this is the final Friday before Christmas, I thought it

Alicia Keys was the guest on Tuesday’s Colbert Report. She started singing Empire State of Mind. Colbert joined her —

Christmakuh is the season of giving. And for those lucky enough to have disposable income in this economy, hopefully some

Pretty thin week, and it’ll get worse ’til the New Year. Not like we have time to watch much tv

C’mon, did you really think I was going to post that big long essay without providing you with some of