Needles in the Google Alert Haystack

It’s pretty tempting to skip over mentions of Louis CK in online news these days, with the release of The

More from the Toronto Improv Festival

Well, I certainly had a good time last week. I had the luxury of attending the Toronto Improv Festival every 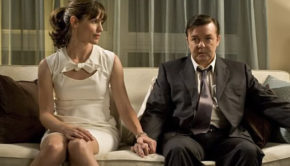 Review: The Invention of Lying

If you want to know the basic plot of The Invention of Lying, look no further than the first 30

Forget moving — I should’ve just made my blog into a shrine dedicated to my love of comedy writer panels.

That’s right — Back of the Room has up and moved, just like that! All old content from http://backoftheroom.wordpress.com has