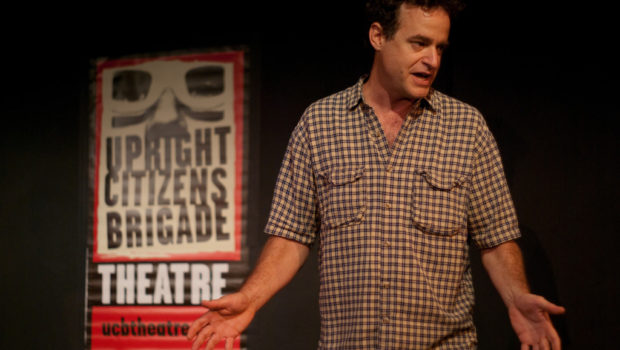 Ahh, Friday! Fresh faces, sanitary eating habits, and hydrated bodies. This was the way of life just days ago. It’s hard to believe now, after living in our own filth for the remainder of the weekend, that we were ever sober and possessed clean laundry.

I spent my time at the Del Close Marathon occupied with photography duties, so my recaps are brief (but pretty). -All of Press Conference, including Matt Besser choking up a little talking about Del’s final words to the UCB4.

-Chris Gethard as an unstoppable Andy Rooney during Stepfathers. Hilarious.

-Mark Sutton singing Dido during Bassprov. So out of context.

Wyatt Cenac sat in for Ed Helms in Satellites, the Dave Matthews Band inspired show. The ask-for was a favourite DMB lyric or song title, from a fan. The selected fan chose “Crash Into Me”. To which an actual douchey DMB fan responded “you’re not really a fan!”. Ok, I admit it, that d’bag was me. But no true DMB fan considers that song their favourite, and if they did they certainly wouldn’t publicly admit it. C’mon, fake DMB fans, leave Satellites alone! (I kid, of course. Sort of.)

Which does also bring up the point: when the (arguably) 2 biggest stars of DCM (Helms and Rob Riggle) bailed on shows, UCB’s lips were sealed. No changes were posted or made on the website. When everyone’s schedules are made so strategically (you can’t normally get BACK into a venue for hours after you’ve left), isn’t it kinda crappy to let people try to venue hop to see a specific person who isn’t even going to be there?

I’d had a long day so I turned in early, missing such epic performances as Yoda Hot Tub at 3am. But never fear — Sean over at The Comic’s Comic has the details of those shenanigans, including video of Brett Gelman’s backstage prep. Definitely worth checking out!

More to come re: Saturday’s shows, including my thoughts on staying awake long enough to witness my first-ever Match Game ’76.

In the meantime, here are those shots from Friday night. Lots more under the jump. 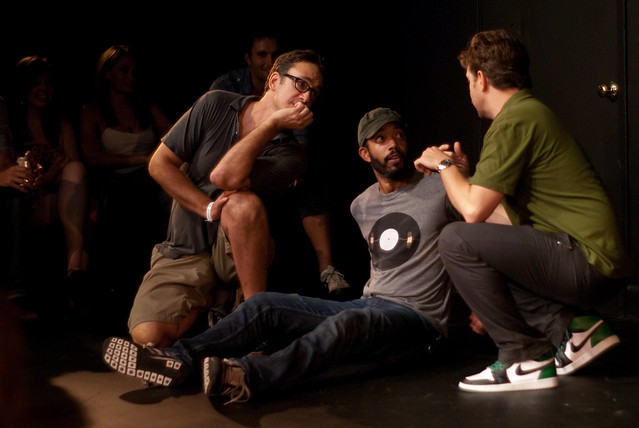 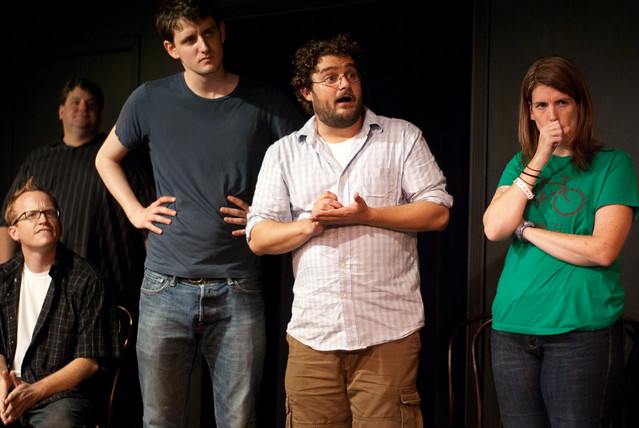